A rehabilitation is one of Hi-iQ’s key features. Its goal is to prevent a Non-engaged subscriber from further falling down the Non-engaged route.

Rehabilitation attempts are to avoid email fatigue on Non-engaged subscribers by allowing them time to cool-off.

This is how a campaign lifecycle works: 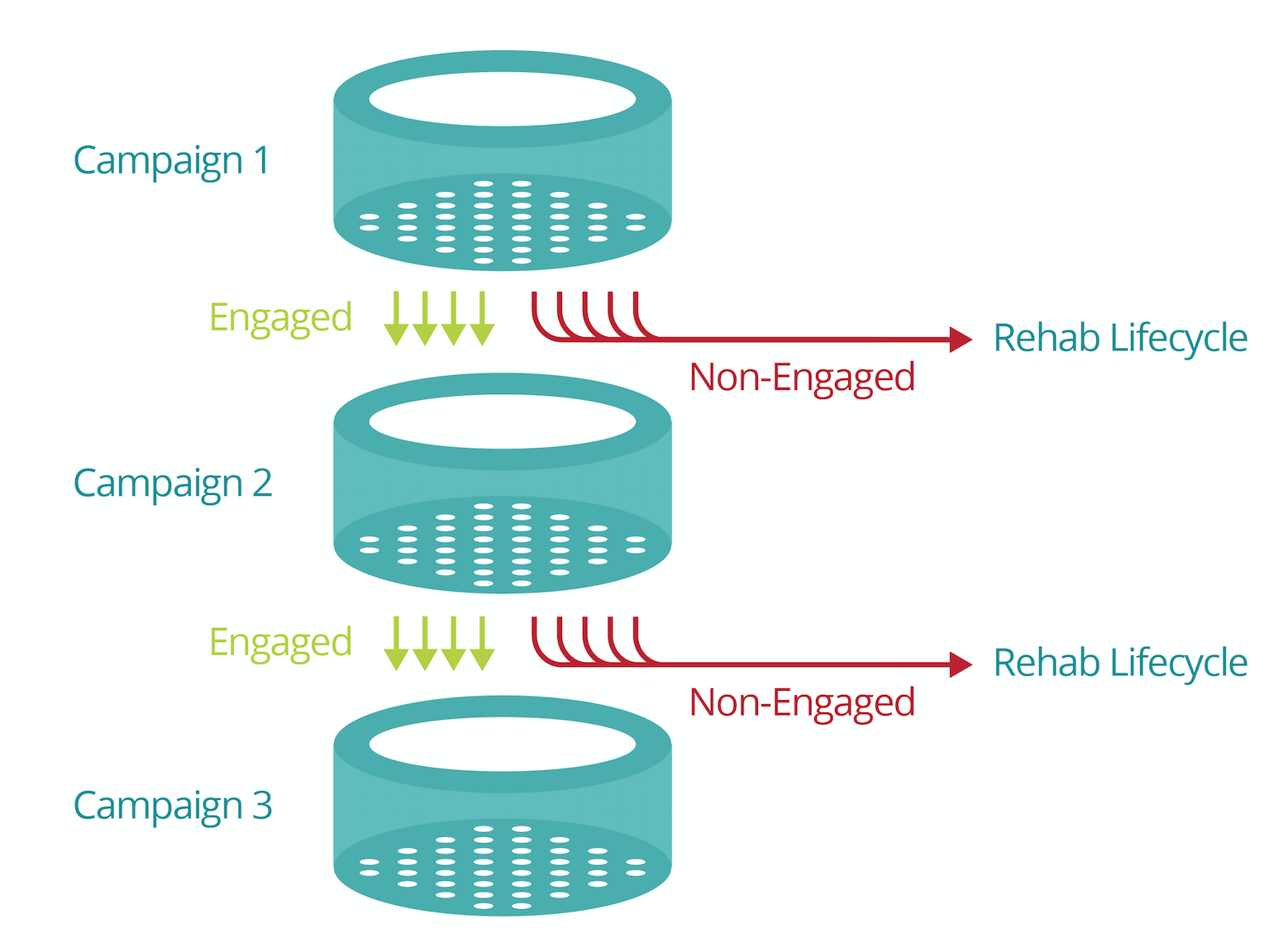 You can also view the user distribution acorss different rehab attempts for any custom date range, which can be picked from the time frame selector on the top right. 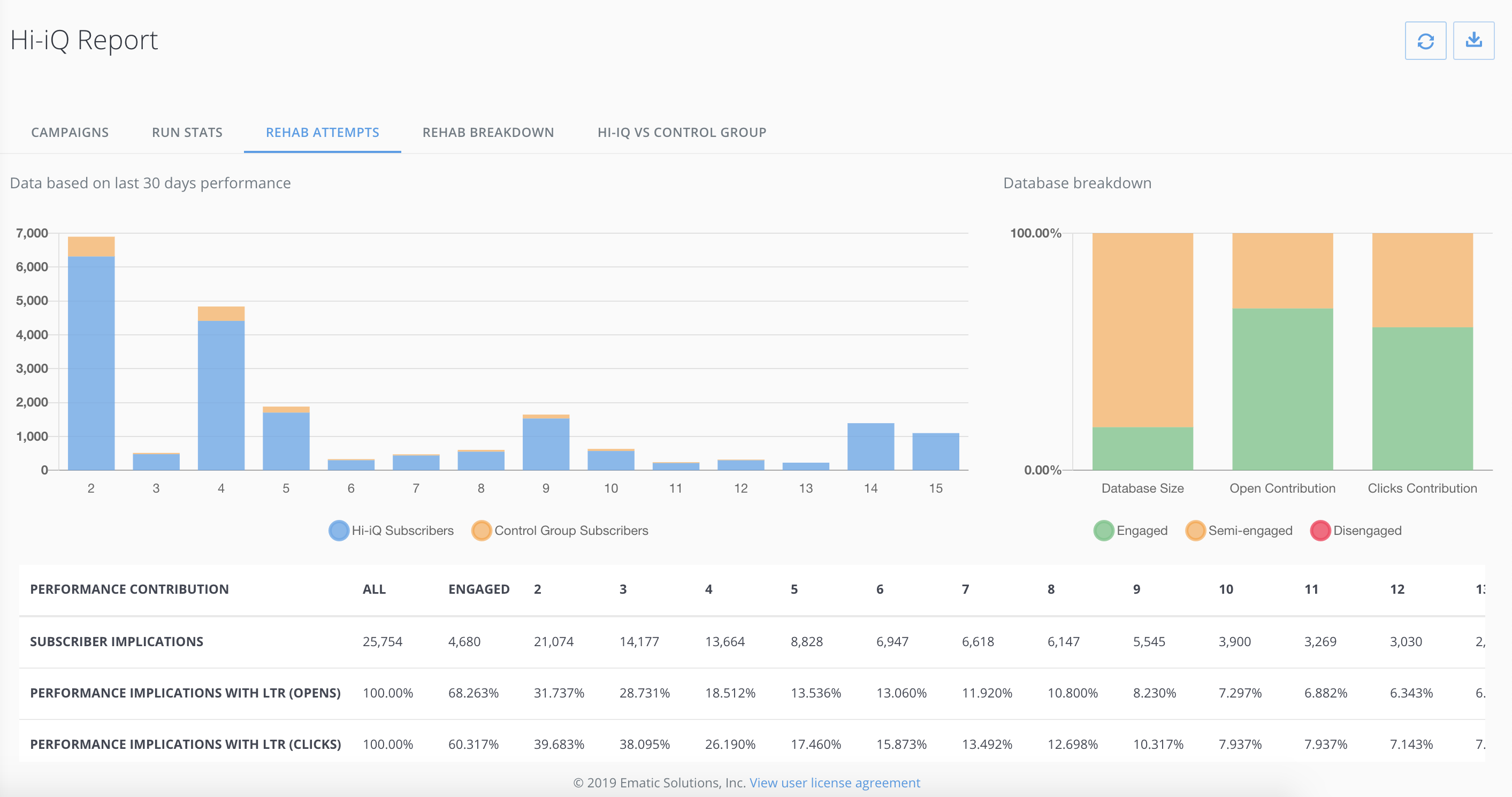